Arthroscopy of the Knee

Arthroscopy is a surgical procedure in which an arthroscope is inserted into a joint. Arthroscopy is a term that comes from two Greek words, arthro-, meaning joint, and -skopein, meaning to examine.

The benefits of arthroscopy involve smaller incisions, faster healing, a more rapid recovery, and less scarring. Arthroscopic surgical procedures are often performed on an outpatient basis and the patient is able to return home on the same day.

Find out more about Knee Arthroscopy from the following links.

The anterior cruciate ligament is one of the major stabilizing ligaments in the knee. It is a strong rope like structure located in the centre of the knee running from the femur to the tibia. When this ligament tears unfortunately it doesn’t heal and often leads to the feeling of instability in the knee.

ACL reconstruction is a commonly performed surgical procedure and with recent advances in arthroscopic surgery can now be performed with minimal incisions and low complication rates.

Hip arthroscopy is a relatively new surgical technique that can be effectively employed to treat a variety of hip conditions.

Find out more about Hip Arthroscopy with the following link

Femoroacetabular Impingement FAI is a condition resulting from abnormal pressure and friction between the ball and socket of the hip joint resulting in pain and progressive hip dysfunction. This when left untreated leads to the development of secondary osteoarthritis of the hip. 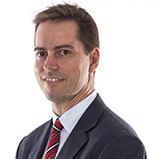 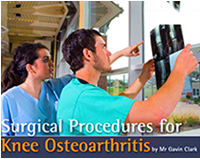